Rows upon rows of leather seats grouped in trios stretched across the cabin. It was the largest plane I had ever boarded and it was filled with hundreds of people, men and women, traveling, moving from one place to another, turning the wheels of civilization, perhaps returning home, perhaps seeking adventure, perhaps escaping to an uncertain destination. I took the seat on my boarding pass: 34C. Just the way I like it.

I was going to stretch my legs, but as soon as I sat, a mammoth of a man pushed himself next to me and crowded my space. The man said nothing, let alone offered an apology. The smell of an early Thanksgiving dinner oozed on his breath. Russians and Ukrainians piled on their carry-ons in the overhead compartments. They pushed each other throughout the aisles and yelled to one another words that sounded like insipid insults of an existential crisis. Everybody seemed to be upset about something. I pulled my phone out and went over my messages. It was a compulsive habit. I read and reread messages all day long. Oxana’s words, full of hope and adoration, wit and understanding, made me feel like a giant. They made me feel special. They also numbed me.

My backpack was stowed away. My white snowboard jacket was folded in the compartment above my head. The lenses were put away, and so was the camera bag. Everything was above my head. Only then I began to understand. I looked over the stout man sitting next to me and out the window. He looked angry. I was restless. I had no fear of flying nor of what the future held. I had no problems traveling to a faraway country, nor did I fear the uncertainty I would face. I was unworried about the language, the cold, or even the bullets that very well could find me. The only thing I could not shake off was that pervasive feeling of regret.

My phone vibrated. There is no way in hell Oxana made it already. She had to take a twelve-hour train ride to the capital city. There would be no reception as the train crossed the countryside from where she came—some little town, barely a little more than an intersection on a map. Oxana was a volunteer who lived in the far east of Ukraine, near the border with Russia and about an hour away from the epicenter of a growing separatist sentiment in what they called the Donbas region. Blame it on the internet, I met her online. There were rumors that Russian mercenaries had killed a Ukrainian officer in a major port on the Crimean peninsula, south of where I was going. What did the future hold?

Oxana had vacationed there last summer. She sent me bikini pictures. It didn’t look that special—the beach, not Oxana. Oxana looked great. She was photogenic. She was also a photographer, and chatting with her had become my favorite pastime; a way to fill the void, perhaps. A void that was easier to avoid, like an invisible loop that is just as easily overlooked. These were no times to travel. These were times of war, times to learn what we are made of, times to construct and build, and rebuild and fight for what we stand for. These were no times to flee. But what if they were? I wouldn’t know what was in store for me unless I looked. Right?

This book is part one of a trilogy, a journey that takes our protagonist to encounter rogue militias, mafia lords, terrorists, drug dealers, saints, prostitutes, Buddhist monks, backpackers, and lovers from whom he learns the karmic lessons of his soul.

Flaws is a story of fuckups and mistakes and a chance to redeem oneself in self-discovery, a reason worth living, and reflection.

The path to enlightenment and the meaning of love are closer than you think. But first, you gotta go to Ukraine.

Sometimes you lose yourself the right way. 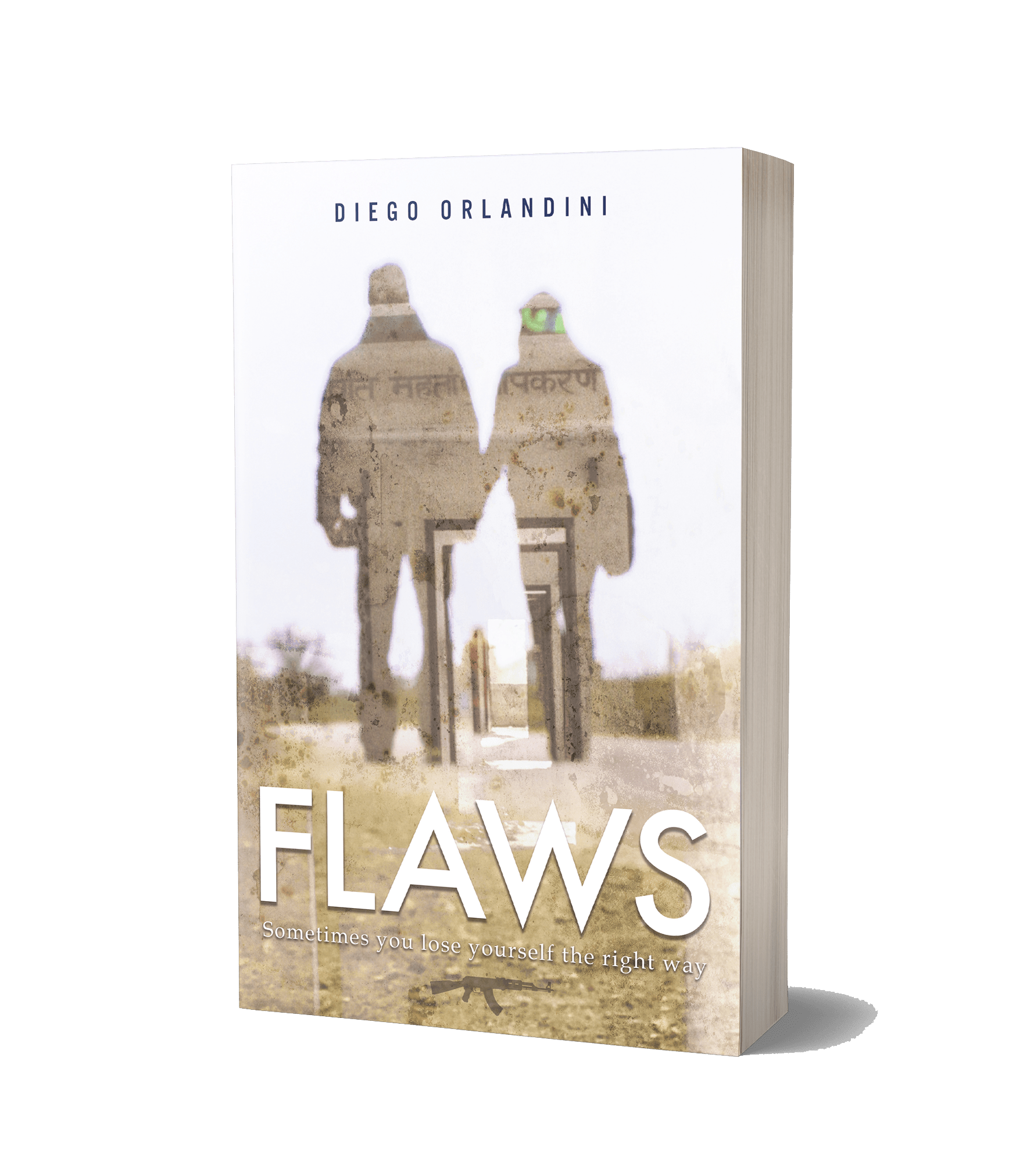 What are people saying

Highlights of some of the reviews provided by advanced readers​

“Joaquin is a strong but fragile man”

“He can be so charming if you let yourself get carried away.”

“I need to know if she is his soul mate!”

“When you get inside his mind, you see how human he is”

“ His way of seeing things is gentle, even though he is so young”

Get early access in an instant in your inbox

Are you a literary agent? Just want to say hi?

Or you can DM me directly here